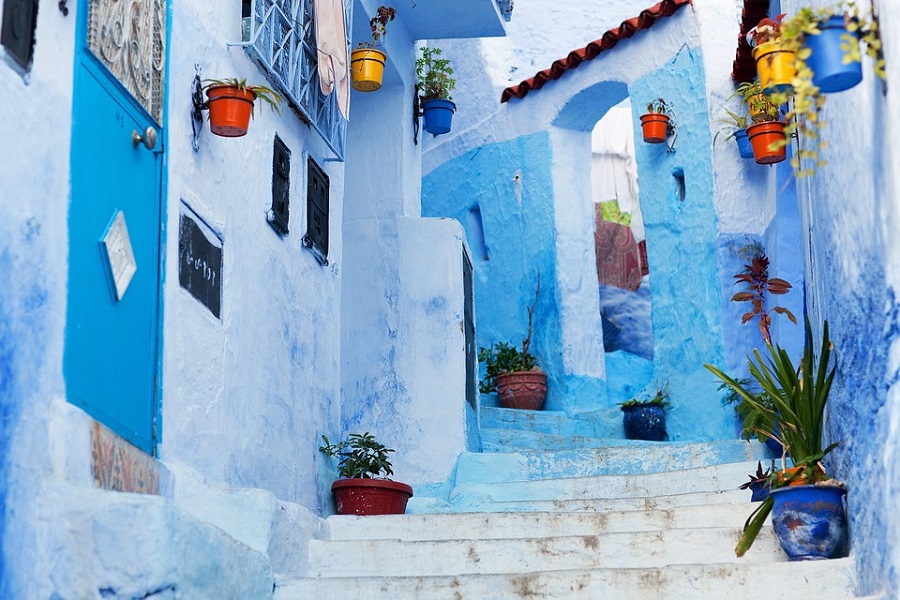 8 days from Casablanca to desert

Arrival in Casablanca; we transfer you to your hotel.

Departure from Casablanca, the economic capital of Morocco, to Rabat. Where we will see the Kasbah of Oudaya and its magnificent gardens. This Kasbah of the Oudaya is located on the banks of the Abou Regreg River. The mausoleum of Mohamed V, Hassan II and the Hassan tower which is the minaret of the incomplete mosque of Rabat, built in 1195 AD. After finishing our sightseeing tour in Rabat, we head to Chefchaouen via the Rif road. Night in a riad.

Departure from Chefcheouen to Fes, we will visit the Roman ruins and the Molay Ismail mausoleum in Meknes, continuation to Fez. Night in a riad.

You will have the guided tour of the Medina. Fez is the former capital and one of the four imperial cities of the country. Fez-Jdid or the new Fez, seat of the Mellah, the Jewish quarter and of the “New City”, the new section of Fez created during the French occupation. Fes el Bali is a UNESCO World Heritage Site. Its medina is the largest in the world. Among its narrow, allied streets is the oldest university in the world; The University of Al-Karaouine, founded in 859 AD. This university is still in operation today.

We begin our Saharan adventure towards Ifran. This Berber name of Ifran means caves and it is nicknamed in Morocco as a little Switzerland because it is a very green city and is a ski resort in the Middle Atlas region of Morocco due to its high altitude at 1665 meters. Ifran is also well known for the private university The Brotherhood, established in 1997 by King Hassan II of Morocco and King Fahd of Saudi Arabia. Where all classes are taught in English, it is an international university.

After the sunrise show and the camel ride, we will visit Rissani and the mausoleum of the founder of the Alaouite dynasty of Morocco, Moulay Ali Chrif in the 17th century. Until now, Rissani remains a major commercial center of the region, with a large souk, which is particularly lively today on Tuesdays, Thursdays and Sundays.

Here, the contrasting landscapes are reminiscent of Colorado, with its high plateaus, gorges and large canyons, and peaks sometimes split by erosion. Several peaks in this area exceed 4000m, with Jbel Saghro 2500m and Jbel Mgoun at 4068m being the highest peak in this part of the High Atlas.

We follow the road of 1000 kasbahs, because there are huge kasbahs on both sides of the road. We pass a town called Boumalne located on the edge of the Dades Valley which rises in the High Atlas Mountains, giving life to a huge Berber community thanks to its rich agriculture. Along this valley appears another valley called valley of roses with the green colors of its plants of alfalfa, olive trees, fig trees and grapes. Then we continue towards the kasbah ait ben haddou, we then cross the mountains of the high Atlas towards Marrakech. drop off at your accommodation.

A complete guided tour will be planned to discover Marrakech which is known as the “red city”. Marrakech is the most important former imperial city in the history of Morocco. It is located near the foothills of the snow-capped Atlas Mountains. Like all ancient cities, Marrakech included both an ancient fortified city. The Medina and a very modern city called Gueliz built during the French occupation. Marrakech has the largest traditional market (souk) in Morocco. And also has one of the busiest squares in Africa and the world, Djemaa el Fna. The square teems with storytellers, water sellers, dancers, snake charmers and musicians. During the night, the square turns into a huge open-air restaurant.

During our visit, we will see the Koutoubia Mosque, built in the 12th century during the reign of the Almoravid dynasty. We will go among the narrow streets and allies of the ancient city. night in your riad.

After breakfast we transfer you to Casablanca airport. 8 days from Casablanca to desert tour end. 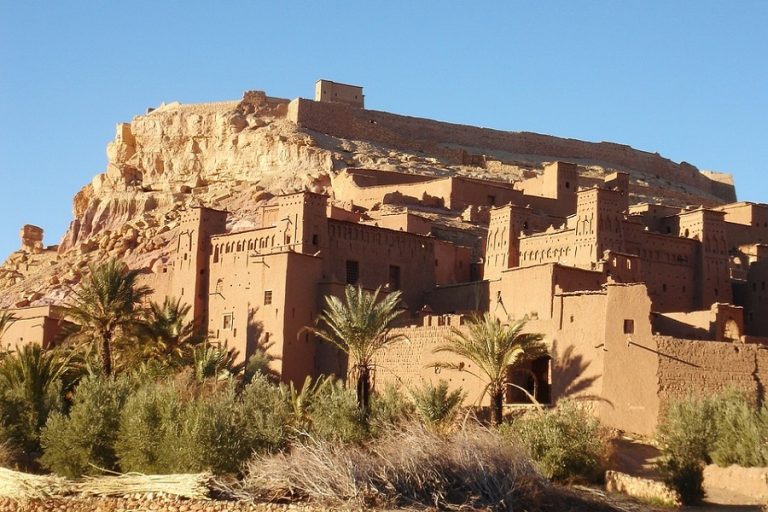 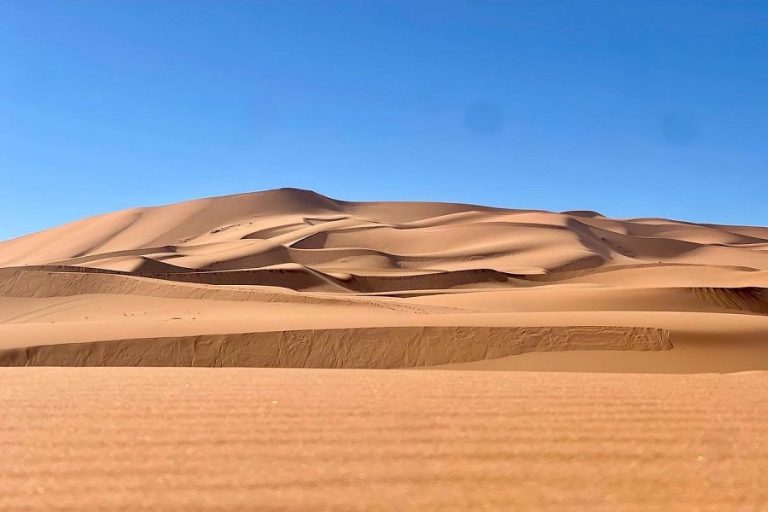